We are currently working to identify opportunities that would bring new businesses into Pen Argyl, Wind Gap, and Plainfield Township. 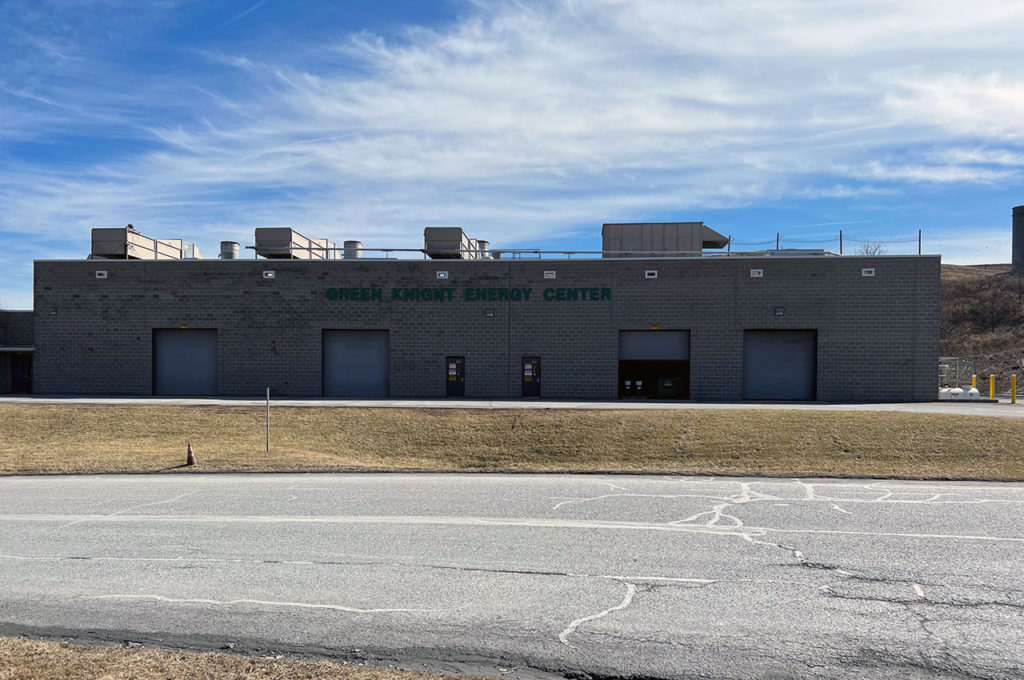 The Green Knight Economic Development Corporation is in a unique position to provide financial incentives to attract quality new business to the area. To accomplish this goal, the GKEDC has designed a program that provides incentives for job creation.

By providing incentives based upon job creation, an atmosphere is created to attract more growth-oriented firms. Financial incentives to business owners/employers will be based upon the number and quality of full-time jobs created.

Incentives will be calculated on a one-time basis in accordance with a pre-determined employment plan filed with the GKEDC at the start of the program.

Additional incentives may also be offered to assist with start-up costs such as relocation expenses. 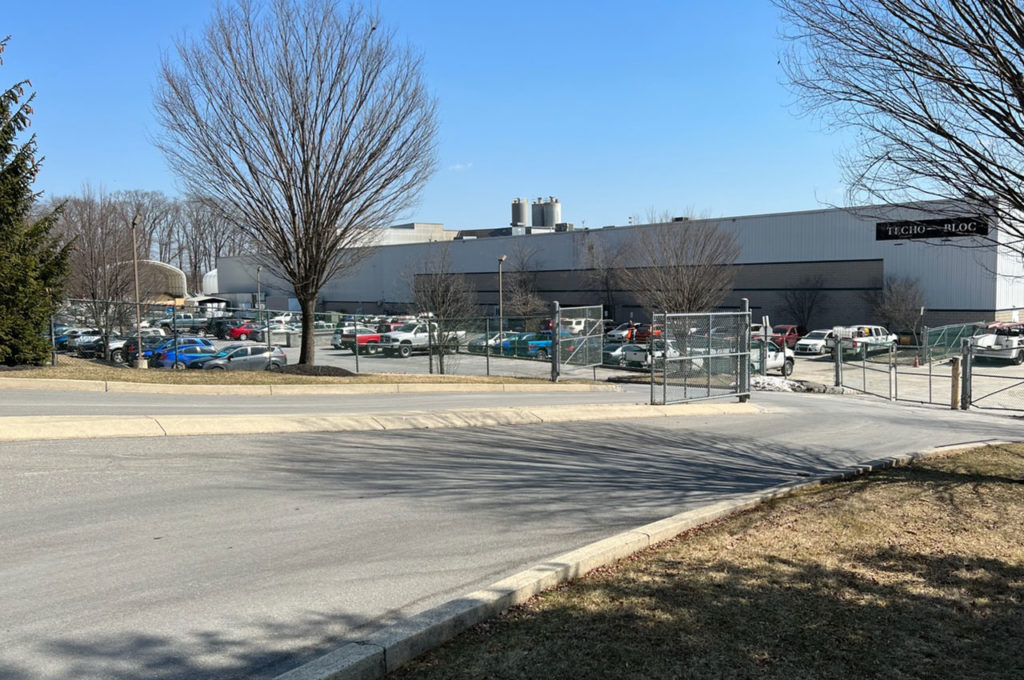 GKEDC first economic development project was the Slate Belt Industrial Center (SBIC). The SBIC was a 19-acre property along Route 512 in Plainfield Township that was donated to Northampton County by Waste Management in 1998.

To encourage the development of the property, the Northampton County Industrial Development Authority worked with developer JG Petrucci Company to construct a flexible “shell building” at the site. GKEDC provided funds for engineering, marketing, and interest payments for the shell building, as well as a handsome financial incentive package to the eventual user to entice them to relocate high-quality jobs to the community.

In total, GKEDC contributed more than $350,000 toward the costs required to build the shell building and attract a buyer. Ultimately, Canadian-based landscape product manufacturer Techo-Bloc purchased the entire site and invested approximately $13 million to fit out the building and install machinery and equipment.

They employ about 80 people at the Plainfield Township plant, which is thought to be one of the most advanced manufacturing facilities of its kind. The SBIC project won the Pennsylvania Governor’s Award for Excellence in 2003. 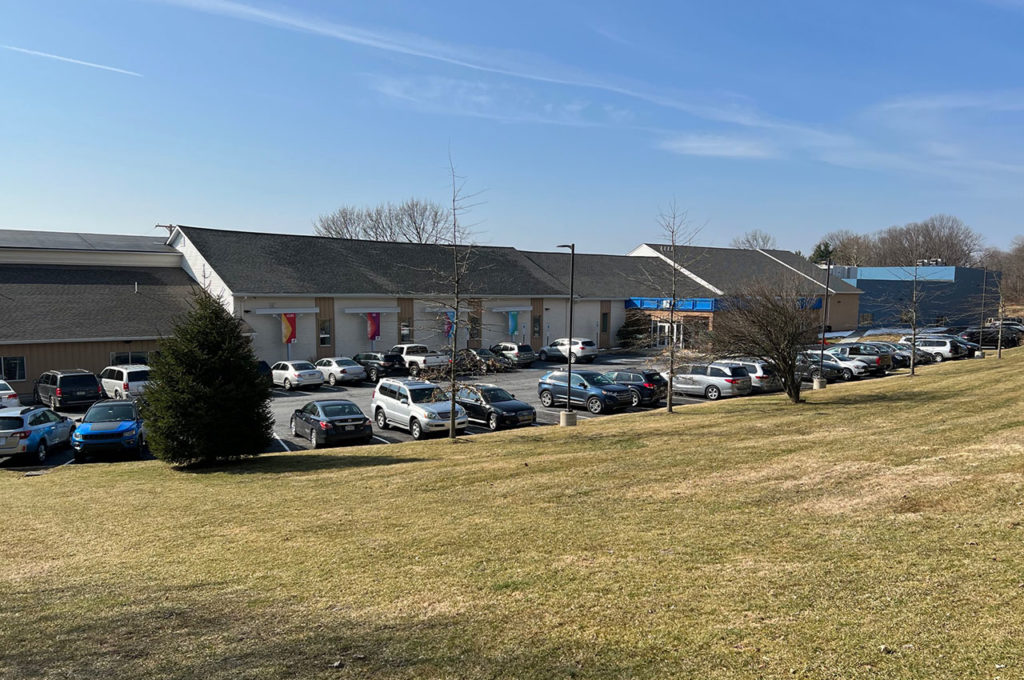 The Green Knights were instrumental in the development of the Slate Belt YMCA facility in Pen Argyl, PA. Completed in January 2015, this project involved the redevelopment of the former Scotty’s Fashions headquarters building into a health and wellness center and associated studio space that can be used for dance, gym space, yoga, etc.

The GKEDC initially provided $100,000 to help kick off the larger fundraising campaign for the project. Then the GKEDC provided another $1 million to match a $1 million state Redevelopment Assistance Capital Program (RACP) grant to develop the approximately $2.7 million project. 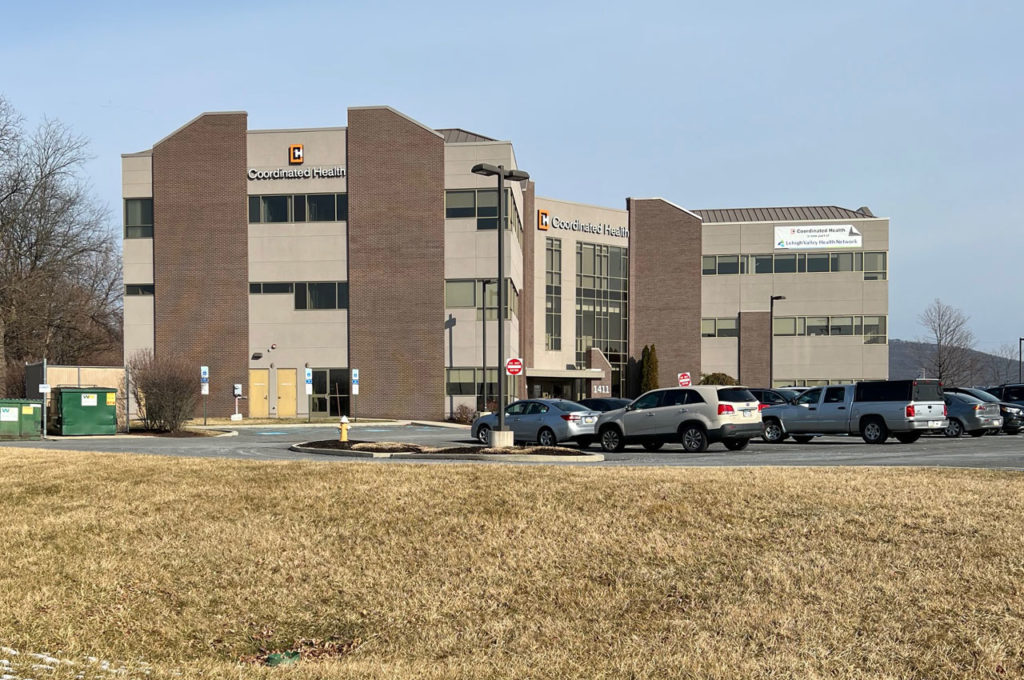 Recognizing the need for additional health care services in our community, GKEDC provided $250,000 to incentivize the location of Coordinated Health at their location near the Route 512 Interchange of Route 33 in Plainfield Township. Fourteen physicians and five therapists practice at the Wind Gap facility in a range of fields including cardiology, endocrinology, orthopedics, rehabilitation, occupational therapy, and family medicine. 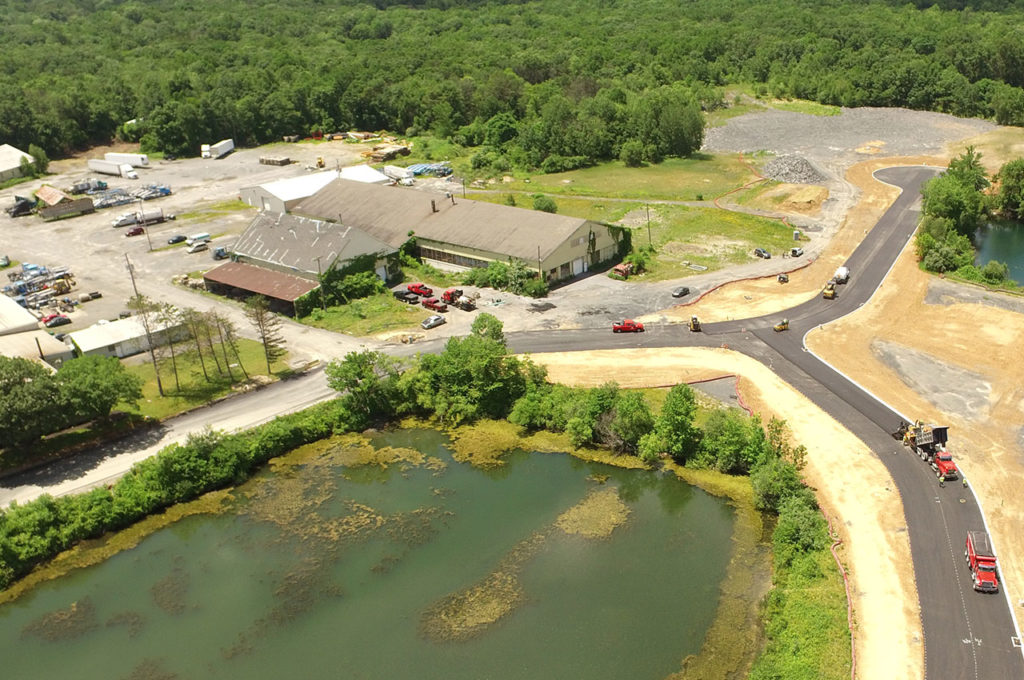 For decades, travelers along Route 33 south were “welcomed” to the Slate Belt and Lehigh Valley by a mountain of over 1 million tires at the former JH Beers property outside of Wind Gap, PA. Originally a slate quarry, by 2000 the site had become home to the 3rd largest tire dump in the state. In addition to being an eyesore, the tire pile also presented a fire hazard and West Nile virus hazard to the community.

Through a series of grants and support of the Commonwealth of Pennsylvania beginning in 2002 and totaling over $1,200,000, the majority of the tires were removed from the site, leaving only those that were located in a 2.3-acre quarry hole near Male Road.

For about a decade after the main tire pile cleanup, the 55-acre property sat mostly vacant, with its reuse potential severely limited by various quarry holes and slate spoil piles, the need to address the remaining tires, and various other environmental impairments indicative of brownfields properties.

Unfortunately, it had become clear that no private party would be interested in taking on such a complicated project, and so the site seemed destined to remain a burden on the community. Recognizing that they were in a unique position to help turn the troubled property around, GKEDC worked with the previous owner and Pennsylvania DEP over about 2 years to negotiate an agreement that would allow for the redevelopment of the property.

The GKEDC took title to the site in the spring of 2015 and has invested approximately $500,000 in the acquisition, due diligence, site planning, and engineering.

Dubbed the Green Knights Industrial Park II, the development is comprised of 8 buildable lots and yields approximately 200,000 square feet of total building space upon completion. The GKEDC estimates that this project could create approximately 280 jobs, generate approximately $300,000 annually in additional tax revenue and leverage more than $10,000,000 in private investment at the site.

The GKEDC has installed the required infrastructure and site preparation work (including new roadways, public water, and sanitary sewer lines, electric lines, and natural gas utilities), and is currently marketing the lots to private developers or end-users who will complete the ground-up construction work at the site. Any income the GKEDC will generate selling these lots over above its costs incurred would be available to support future economic development and/or community development projects.

The project has received widespread community support from local, county, regional, and state organizations. The project has been listed as a regional priority project by Lehigh Valley Economic Development Corporation and has received substantial financial support through the Lehigh Valley Land Recycling Initiative, Northampton County, and the Pennsylvania Commonwealth Financing Authority.